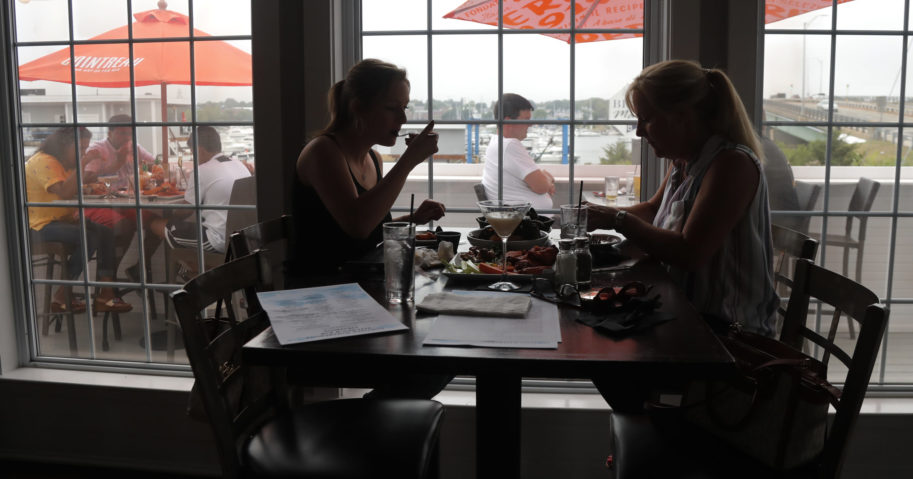 A new poll from The Associated Press-NORC Center for Public Affairs Research finds that support for shutdown measures has declined since the early days of the coronavirus pandemic.

Half of Americans now favor stay-at-home orders, down from about 6 in 10 one month ago and 8 in 10 in April.

About 6 in 10 favor limits on how many people can gather together, down from about 7 in 10 one month ago and about 8 in 10 in April.

In April, 78 percent of Americans said they were at least moderately worried that they or a family member might contract the virus, but that figure declined to 68 percent in early June.

The number of those saying they are very or extremely worried is also down, from 43 percent in April to 32 percent this month.

The changes in opinion about the coronavirus are due in part to a shift among Republicans, led by President Donald Trump, who relaunched his reelection campaign last weekend with a large indoor rally in Tulsa, Oklahoma.

Most of those in attendance followed the lead of the president and did not wear a mask.

About 8 in 10 Democrats say they are worried they or a family member will be infected, compared to about half of Republicans.

Three in 10 Republicans support stay-at-home orders, while roughly twice as many Democrats do.

Are you optimistic about reopening the country?

Roughly three-quarters of Democrats, but only about 4 in 10 Republicans, favor limiting the size of gatherings to 10 people or fewer.

“I feel like if we don’t [reopen], we could have a really big economic crisis,” Kara Paine, a Republican from Lewiston, Maine, said. “As it stands, I think we’re going to have some pretty long-term, lasting effects from people being out of work for so long. … We can’t keep shut down forever in fear of a virus.”

Americans’ assessment of the economy improved in the June survey as states reopened, with Republicans largely responsible for the positive thinking — 85 percent of Democrats say economic conditions in American are “poor,” while 65 percent of Republicans describe them as “good.”

New York, New Jersey and Connecticut announced this week that travelers from states with high infection rates must quarantine for 14 days upon arrival.

RELATED: Here Are the Most Federally Dependent States in 2020

About half of Americans overall favor restricting travel within the U.S., although there is a partisan split on this issue, too, with roughly two-thirds of Democrats in favor compared to about 4 in 10 Republicans.

On Thursday, Texas’ Republican governor, Greg Abbott, said the state would pause a reopening plan that made the state one of the first to lift lockdown orders.

Texas has reported more than 11,000 new cases in the previous two days, and its number of COVID-19 patients has more than doubled in the past two weeks.

We are committed to truth and accuracy in all of our journalism. Read our editorial standards.

Two Young Men Rush To Save Man Trapped by Fire as...